Sometime in the late 1980s Atta studied English at the American University in Cairo.

May have visited London, according to credit card records.

Said Bahaji brought his friends Mohamed Atta and Ramzi Binalshibh to view an apartment at Marienstrasse 54, right near the campus of the technical university, in October 1998. By Nov. 20, the three were living together in one of the building's first-floor, three-room flats.

A Delta captain said Atta was working at the Crown Plaza Hotel in Albany, NY and tried to steal his flight bag.

According to a book by Jurgen Roth, described by Newsday as “one of Germany’s top investigative reporters,” on this day 9/11 hijacker Mohamed Atta applies for a job with Lufthansa Airlines at the Frankfurt, Germany, airport. However, when Lufthansa checks his criminal record they find that in 1995 he had been under investigation for petty drug crimes (see 1995), so his application is turned down. After 9/11, Lufthansa Airlines will say they can neither confirm nor deny this account, because all such records for rejected applicants have been routinely deleted.

Atta Spends Weekend in Key West on a ‘Continuous Party,’ has an important meeting.

Mohamed Atta and Marwan Alshehhi make a second visit to Virginia Beach. They close their recently rented mailbox there and, after checking out of the Diplomat Inn, cash a check for $8,000 at a nearby SunTrust Bank branch. They also cash another check for $10,000 in the same place at around the same time. Bank surveillance footage of Atta on April 4 will be found after 9/11.

Mohamed Atta and Marwan Alshehhi move into Apartment 122 in the Tara Gardens Condominiums complex in Coral Springs, a suburb of Fort Lauderdale in southeast Florida. Atta rents the apartment using his own name and they pay $840 per month in rent. Atta will list the apartment as his address when he applies for a driver’s license in May. According to the London Times, while in Coral Springs, Alshehhi spends his days “washing piles of laundry for the gang in the development’s washing machines,” and Atta is “often in the parking lot, chain smoking.”

Mohamed Atta takes his first trip to Vegas, flying from Fort Lauderdale to Boston and then, the next day, to Las Vegas via San Francisco with United Airlines. He stays there three nights, then returns to Boston via Denver, and flies to New York the next day;

9/11 Hijacker Atta Seen Shopping and Purchasing Money Orders near Venice, Florida. Jean Waldorf, the owner of the Shipping Post, a mail service business in Punta Gorda, Florida, will later report seeing Mohamed Atta and an unidentified associate visiting her store some four to six times. According to Waldorf, Atta purchases US postal money orders in denominations of $100 to $200, paying for them with cash, but she does not know how they are spent. Waldorf says that the money orders, which can only be cashed in the US, are “not traceable.” The owner of a local childcare center, Anna Brookbank, later says she recognizes Atta, having seen him shopping at a Punta Gorda supermarket during this period. [CNN, 10/1/2001; ASSOCIATED PRESS, 10/2/2001; CHARLOTTE SUN, 10/2/2001; CHARLOTTE SUN, 10/3/2001] Punta Gorda is about 30 miles south of Venice, where Atta, along with Marwan Alshehhi, previously attended flight school in 2000 (see July 6-December 19, 2000). According to official accounts, the only time Atta was in this area was during his time at the flight school.

9/11 Hijacker Atta Tells Three Friends in Germany that Time Has Come to ‘Fear God’s Word’ Near the end of his visit to Spain in July 2001 (see July 8-19, 2001), future 9/11 hijacker Mohamed Atta sends a cell phone text message to three friends in Hamburg, Germany. The message reads: “Salam (greetings). This is for you, Abbas, and Mounir. Hasn’t the time come to fear God’s word. Allah. I love you all. Amir.” The message is sent to Said Bahaji, so he is the “you.” “Mounir” is Mounir El Motassadeq. “Abbas” is Abbas Tahir, a Sudanese friend of Ziad Jarrah’s who author Terry McDermott says is one of the Hamburg group. Atta signs the message “Amir” because he is generally known as Mohamed el-Amir in Germany. The information about this message will come from the BKA (German intelligence). It will be unknown if the BKA finds the message before or after 9/11.

Returns to Florida from Newark

Pharmacist Gregg Chatterton approaches two men—later identified as 9/11 hijackers Mohamed Atta and Marwan Alshehhi—after observing them spending a suspiciously long time in the skin care aisle of his drugstore, Huber Healthmart Drugs in Delray Beach, Florida. “My hands. They’re itching and they’re burning,” says Atta. Chatterton will later recall: “Both [of Atta’s] hands were red from the wrist down. If you filled your sink with bleach and stuck your hands in there for six hours, they would come out red, and that is what they looked like.” Asked the cause of his skin irritation, Atta replies evasively. After recommending a particular lotion, Chatterton is about to turn away when Atta forcefully slaps his hand against the druggist’s chest and says, “My friend, he’s got a cough.” Chatterton gives Alshehhi a bottle of Robitussin. Chatterton will remember the pair when the FBI comes calling a few weeks later. He will say, “When somebody touches you like that, you remember that customer.” According to the St. Petersburg Times, the incident will give rise “to the theory that Atta irritated his hands while handling anthrax” (See also October 14, 2001 and March-April 2002).

Atta, Hani Hanjour, and Nawaf Alhazmi all fly to Vegas

A motel manager in Hollywood, Florida, says that Mohamed Atta and Ziad Jarrah stay at his motel. They gave a non-existent Toronto address and drove a car with Ontario, Canada, license plates. They claimed to be computer engineers from Iran, and said they had just come down from Canada to find jobs.

At 10 AM, Mohamed Atta and four 911 hijackers were spotted at the Oklahoma City National Memorial Museum by an employee who reported that the five were speaking in a Middle Eastern dialect, and that they had become "boisterous" inside the museum.

Broward Clerk’s supervisor Renea Gaskin was on duty at the courthouse when Atta’s “wife” appeared, apparently minutes before Atta piloted American 11 into the World Trade Center. “She stated that she was his wife and wanted to take care of any outstanding tickets,” said Gaskin. “I remember her being dressed in Arab garb.”

The woman went away without getting what she wanted.

J.D. Will Lee, 62, general manager of South Florida Crop Care in Belle Glade, said Monday that groups of two or three Middle Eastern men came by almost every weekend for six or eight weeks before the terrorist attacks, including the weekend just before the assaults. Lee said a co-worker, James Lester, positively identified one as Atta.

Now everyone has moved on Atta’s sisters are now married and have children and live in Cairo, Egypt and that one of Attas sisters become a doctor. Mohamed Atta was rumored that he passed away in 2008 and that his mother recently passed away around 2018-2019. Amanda Keller (Mohamed atta girlfriend) has moved on and is now a doctor/nurse and there’s rumors from people saying that she’s the doctor of the tiktok star Charli Damelio (@charlidameilo) because the information of Amanda Keller was leaked on where she works and a information was leaked that she was the doctor of Charli Damelio And there’s rumors that people are saying that they found Mohamed Atta’s little Cousin Maraa Atta who’s on tiktok (@maraaatta) who’s a America Muslim. 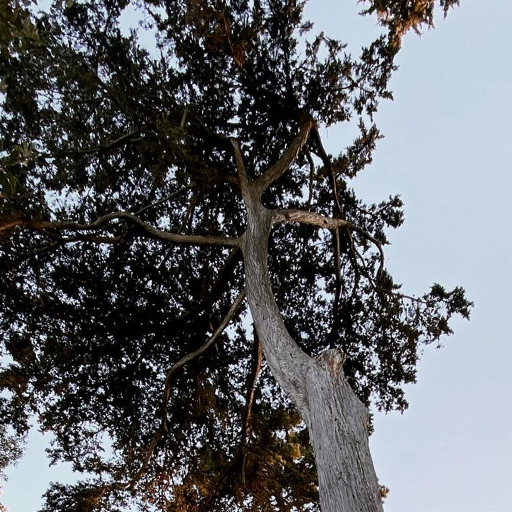